Thirty-something multi-national millennial with an ongoing identity crisis. I'm worried about the climate, believe in science, a lover of nature, a fierce defender of human rights, obsessed with my dog, and a prettttty good cook (if I do say so myself). Oh, and I really enjoy blogging! View all posts by Léna (she/her)

This is a hard post to write, so bear with me.

If you follow me on Instagram or Facebook, you will know that last week we said goodbye to our big puppy, Tobias. I wanted to write a blog post about the whole thing because for me, writing is therapeutic and I’m generally better at expressing myself on paper (keyboard?) than in person.

As most of you know, Tobias had been sick for a little while. Approximately two month ago, what we originally thought was an ACL tear in his hind leg turned out to be a cluster of cancerous cells. After several biopsies, Tobias was eventually diagnosed with hemangiosarcoma, an aggressive, malignant cancer of the blood vessels that can spread easily and quickly, often without symptoms until it’s too late. We were given a list of options, but eventually ruled out amputation of his leg and radiation therapy once we heard that the cancer had spread to his chest. We opted instead to manage his pain and make him as happy and comfortable as possible.

I often find myself wondering if Tobias understood what was going on, because as soon as we heard the bad news, his behavior changed almost immediately. Maybe we just didn’t notice anything before that, but  it seemed like as soon as we brought him home from the vet that day his appetite vanished, he stopped barking at ‘strangers’ at the door, he could no longer go on walks, and he slept more often than usual. Post-diagnosis, we tried to go on with normal life, but it was two months of terrible anxiety and sadness, trying to spend as much time with him as possible. 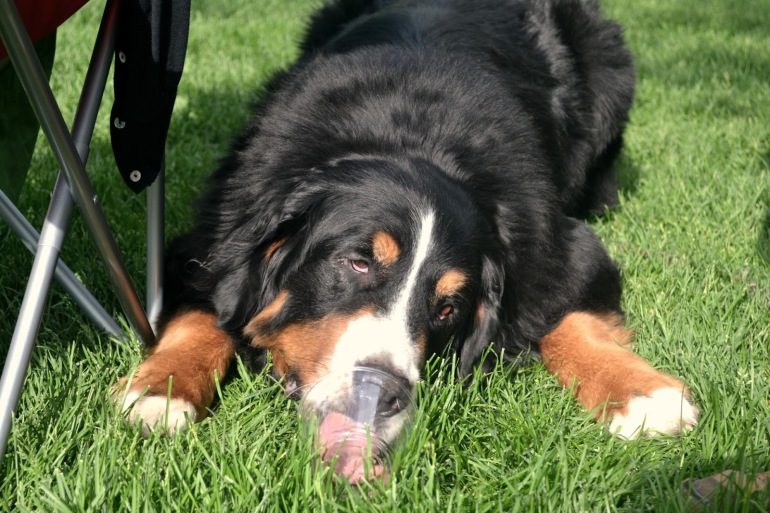 For those who don’t know, Tobias was not only a wonderful dog but he also played a huge role in Conrad’s life. Conrad got Tobias not long after he was first diagnosed with congenital heart failure, and Tobes saw him through two open heart surgeries, including a heart transplant. Conrad often joked that Tobias was his ‘seeing-heart dog’, because he truly saved Conrad’s life during that time. He forced him to get out of bed in the mornings and take him on walks. He comforted him when Conrad was in pain, and made him smile when he was sad. Tobias’ was the first face I saw when I first met Conrad nearly four years ago, and I instantly fell in love (with the dog, not Conrad! That came later). You couldn’t help but just adore him.

Finally, the day came where we realized that to keep Tobias around any longer would be selfish on our part. Choosing to put Tobias’ needs above ours was one of the saddest and most beautiful moments I’ve ever experienced. We said goodbye to him at our home, surrounded by people who loved him. We thanked him for everything he gave us, for all the joy he brought to us and so many other people. I promised to take care of Conrad for him, and we let him know that he could let go. It was so hard, but we knew it was the right thing to do.

It’s been a sad week, and it will continue to be lonely in our house without Tobes’ big presence for a while. We keep expecting to see his happy face as we come home from work, or to feel his soft fur beneath our feet when laying on the couch.We’re so grateful to all of our friends and family for being so great and supportive through this whole thing. It’s hard to convey the grief you feel for a dead pet, but you guys have been amazing. Thank you, from the bottom of my heart.

Conrad’s sister’s mother-in-law, Fran, put it beautifully when she suggested that maybe it was Tobias’ time to let go, because, after all these years of taking care of Conrad, he knew now that he had me to continue to care for him, and that Conrad would be ok. While this thought makes me so sad, it also brings me such joy that I got to know such a special dog and that I can continue Tobias’ legacy by loving and caring for Conrad (and others!) as unconditionally as I can. 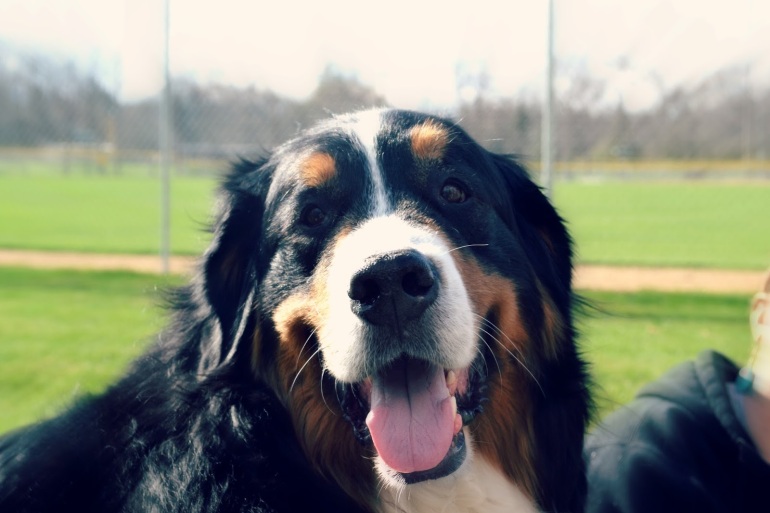 Rest in peace, sweet fur monster. We love you!