No, that is not a typo in the title above…it’s National Pi Day!

Pi Day, celebrated on March 14th (3/14), celebrates the mathematic symbol used to represent a constant. Pi, or “π”, is the ratio of the circumference of a circle to its diameter, which is approximately 3.14159. 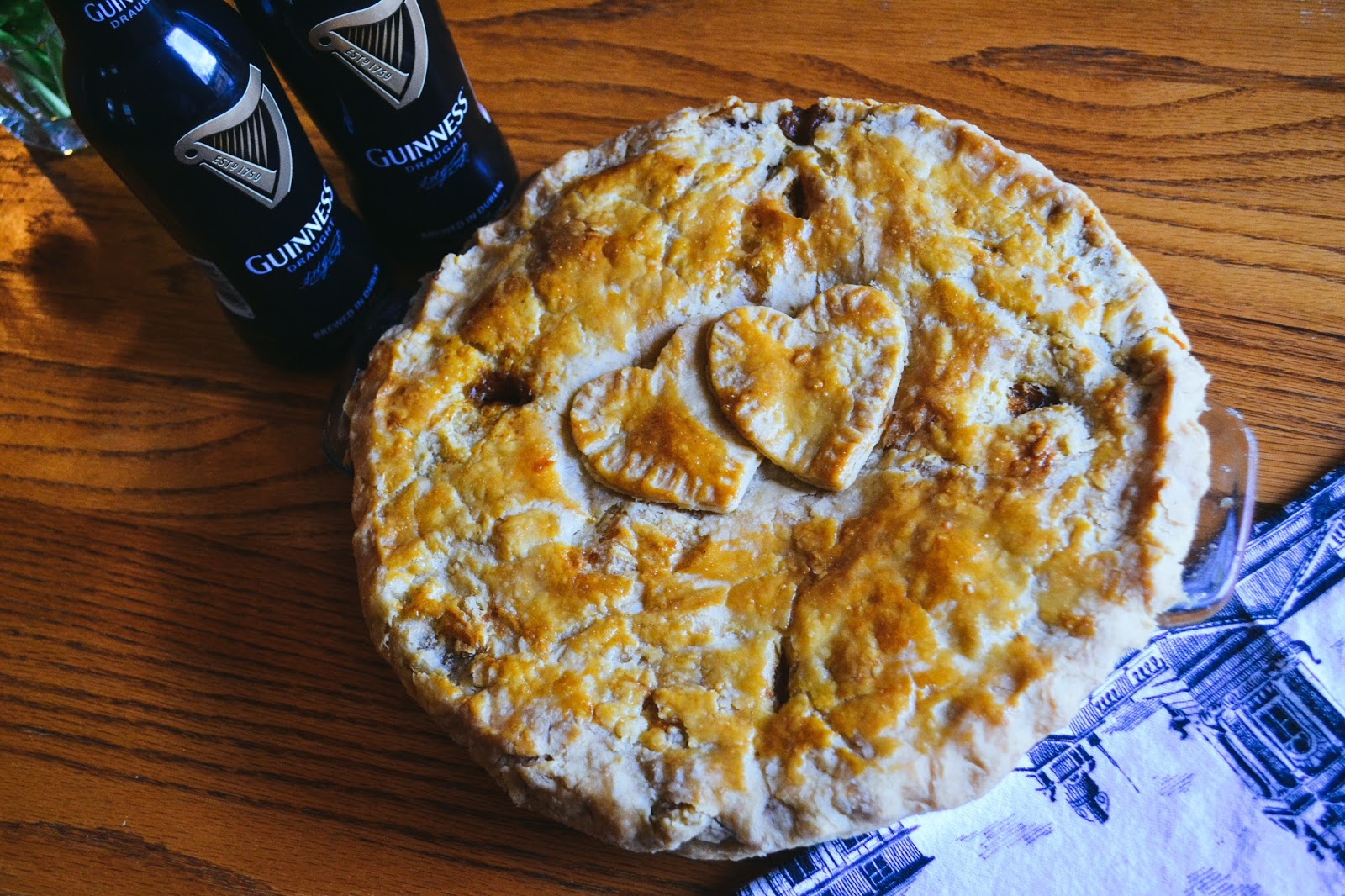 Now, I’m not great at math. Never have been.
But I am good at pie, and I’ve got an awesome recipe to share with you today!

This pie is the real deal, and not for the faint-of-heart. It boasts a rich filling of steak, Guinness, and sharp cheddar cheese, all wrapped up in a flaky, buttery pastry shell.

Begin by washing and chopping your veggies.
Heat up a couple glugs of olive oil in a large pot, and add the garlic and onions.
Turn the heat on high, cook until ‘sweaty‘, and add the mushrooms and carrots.
Next, add your steak, salt & pepper, and rosemary. Cook on high until the meat begins to get a little color, then add the two tablespoons of flour, followed by the Guinness.

Leave the pot to reach boiling for a few minutes before covering, lowering the heat, and simmering for approximately two hours, or until the sauce has cooked down into a thick gravy. 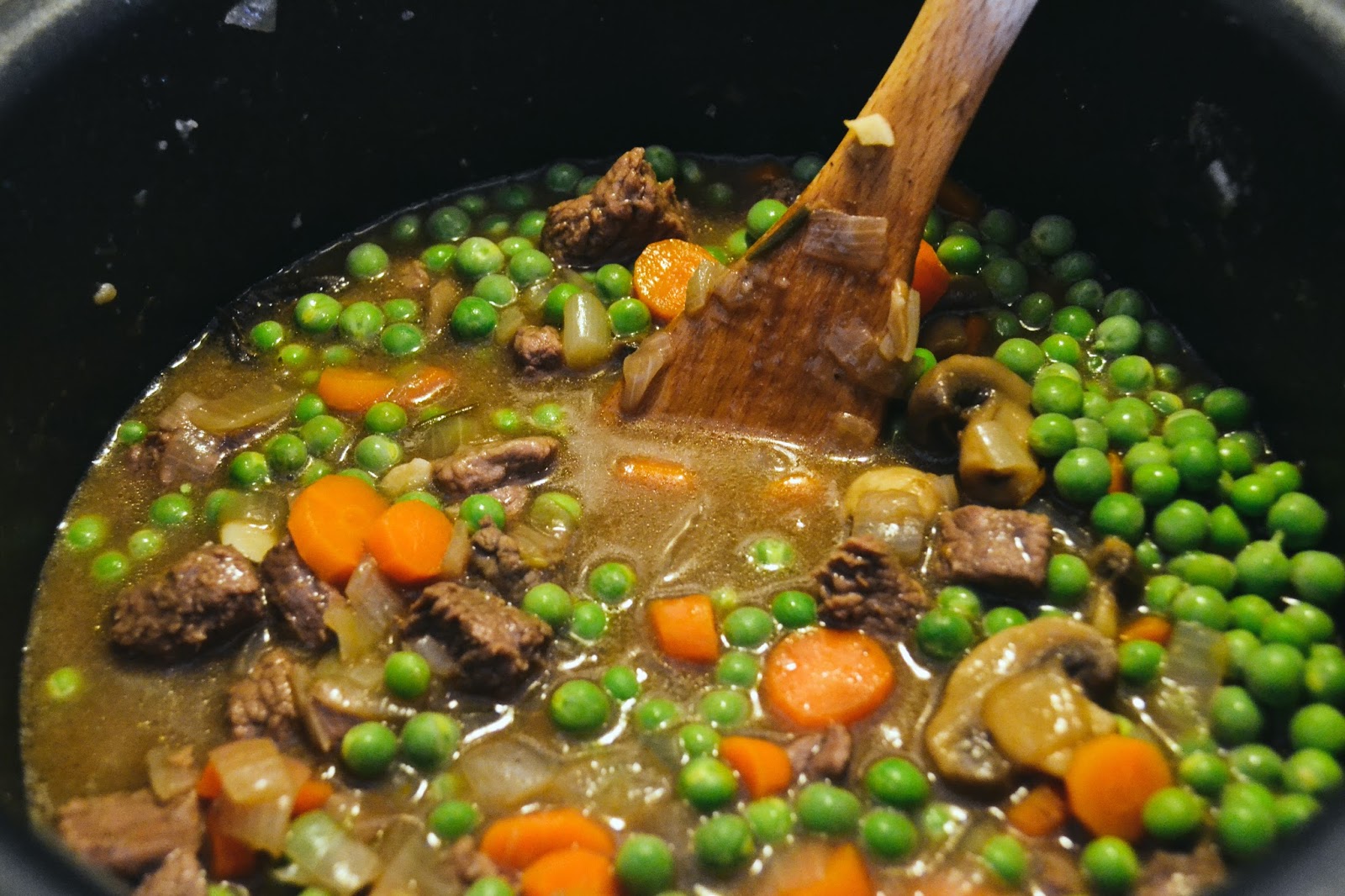 Next up? Make the crust!
For the crust, you will need:

Keeping everything as cold as possible, sift your flour and salt into a large mixing bowl. Using a pastry cutter or two butter knives, cut in the butter cubes until the dough looks like very large breadcrumbs. Add the water one tablespoon at a time, mixing as little as possible, until the dough comes together. You may need more or less than 12 tablespoons.

Dump the mix onto a clean, floured surface, and form into two even spheres of dough, touching the dough a little as possible (the more you handle it, the less flaky and light the crust will be). Wrap the spheres in cellophane, and place in the fridge to chill for at least 30 minutes.

Once chilled, take out the first sphere and roll it out into a circle.

Roll the pastry around the rolling pin, and unroll into the pie plate.

Ladle the filling in, one scoop at a time.

Once filled, generously grate the cheddar over the filling. 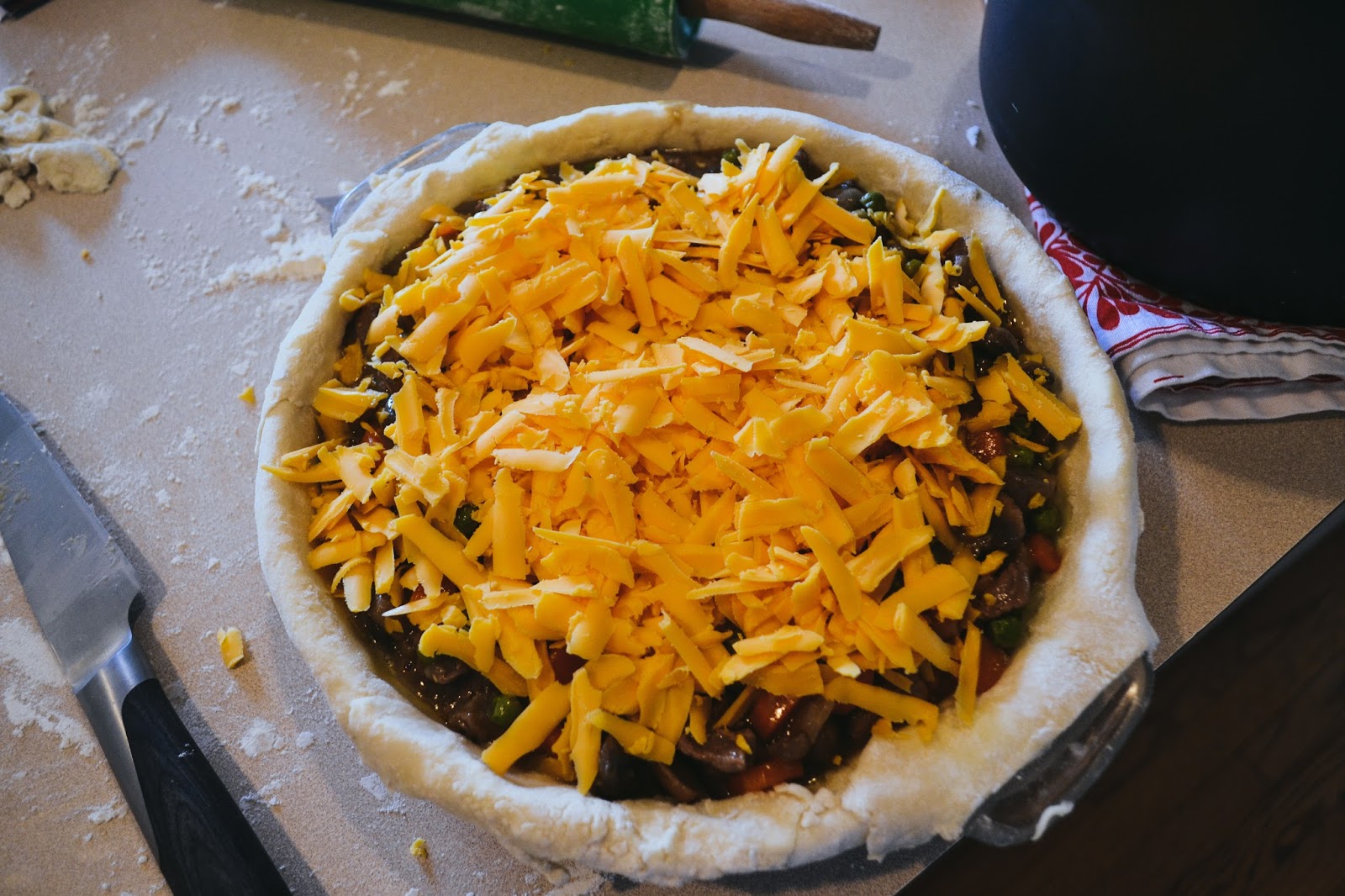 Roll out the second sphere of dough, and place on top of the filling/cheese. Crimp the edges and play with any extra dough you have to make a cute little design. Cut four slits in the ‘corners’ of the pie to allow steam to escape.

Brush the egg over the top, and place into a preheated 375 F oven for 40-50 minutes, or until the top is golden brown.

Serve with cold pints of Guinness and enjoy! 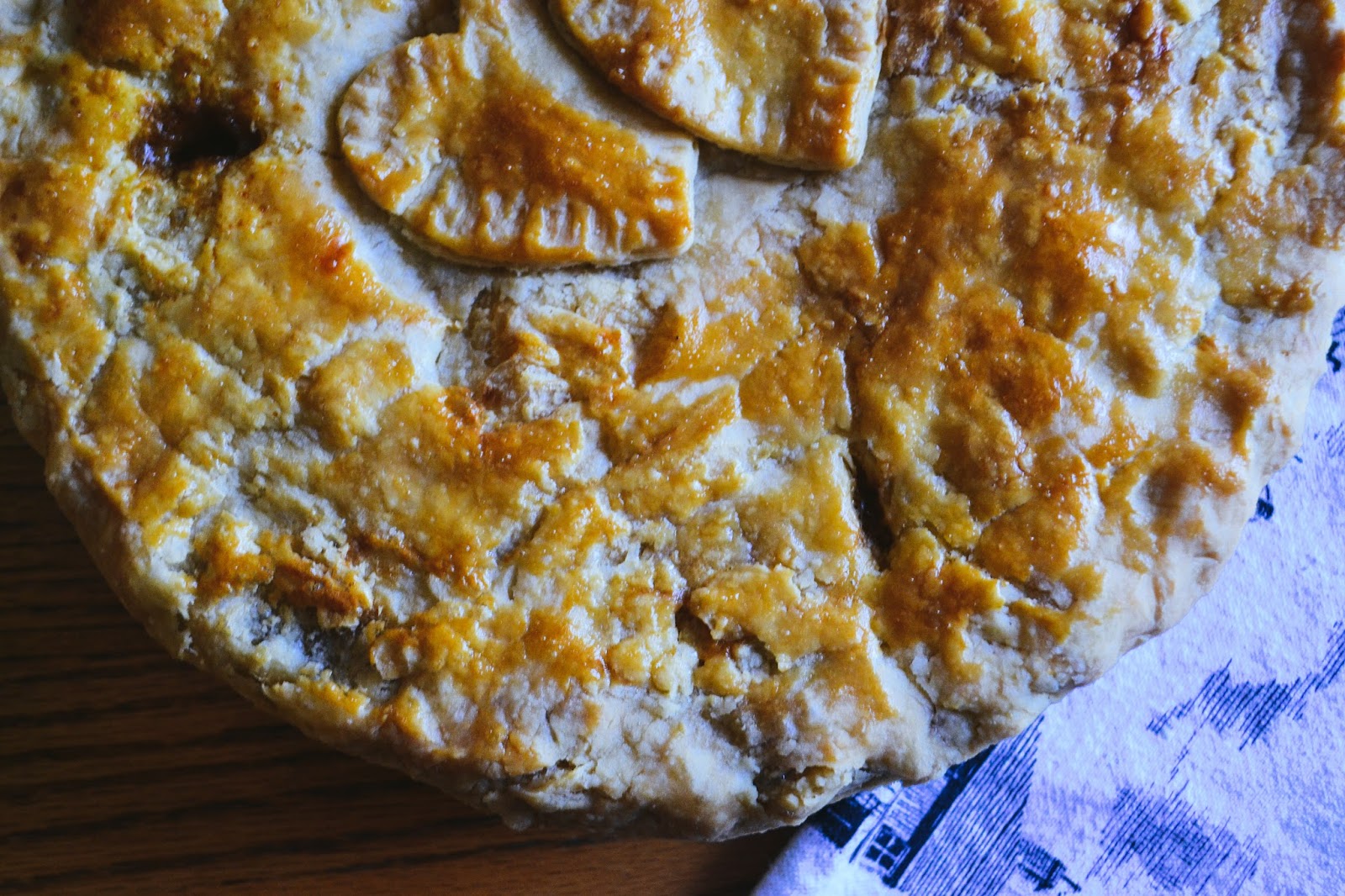 Happy Pi day to you all!